The pancreas is the largest gland in the human body that lies in the stomach, in the lower abdominal area. The Pancreas produces enzymes that mix with the bloodstream and aid digestion and other physiological processes in the body. The gland also helps regulate blood sugar levels in the body. The growth of extra cells in the pancreas may cause lumps, which might be cancerous or non-cancerous. Mostly, the cancer-causing cells amass at the duct line forming the pancreas. Symptoms usually don’t appear until later stages and by then cancer would have been advanced and spread to other organs. Identifying Pancreatic Cancer Causes & Risk Factors would help diagnose the cancer and provide treatment accordingly.

While there are many speculations about what causes Pancreatic Cancer, excessive and incessant smoking and drinking prove to be the underlying causes in most cases. Inherited gene mutations could also be an important factor that causes Pancreatic Cancer. Choosing a healthy and nutritious diet and strictly avoiding tobacco and alcohol, allow you to keep your pancreas healthy and maintain a steady blood flow rate besides regulating blood sugars. Diabetes and obesity are other main causes of Pancreatic Cancers. The lumps of cancerous cells disrupt the blood flow in the body, and this phenomenon proves to be more dangerous in diabetic and obese people. The types of Pancreatic Cancers include Adenocarcinomas, Adenosquamous carcinoma, squamous cell carcinoma, and other lesser known carcinoma variants.

-Cirrhosis: Liver cells are damaged and replaced with scar tissue in this condition. Excessive iron in the liver causes a state known as hemochromatosis which might lead to the growth of cancerous cells.

-Chronic Pancreatitis: A painful inflammation in the pancreas develops into a chronic condition that leads to Pancreatic Cancer. 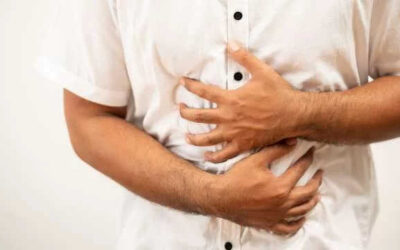 The Liver is the largest glandular organ in the human body. It secretes an important enzyme called bile that is responsible for the digestion process. When the cells in... A lump of cancerous or malignant cells forms between the inner walls of the colon or the large intestine in the body, causing Colon Cancer. It usually develops because...